May 8, 2018 – Absolute Haitian Corp. is expanding operations in the United States with the construction of a new 116,000-square-foot facility in Moncks Corner, S.C., near Charleston.

The company declined to say how much it was investing in the new facility, but said the expansion is expected to create an estimated 45 jobs over the next few years.

“It definitely will be product dependent, so that might change,” spokeswoman Patrice Aylward said in a May 8 interview at the company’s booth. 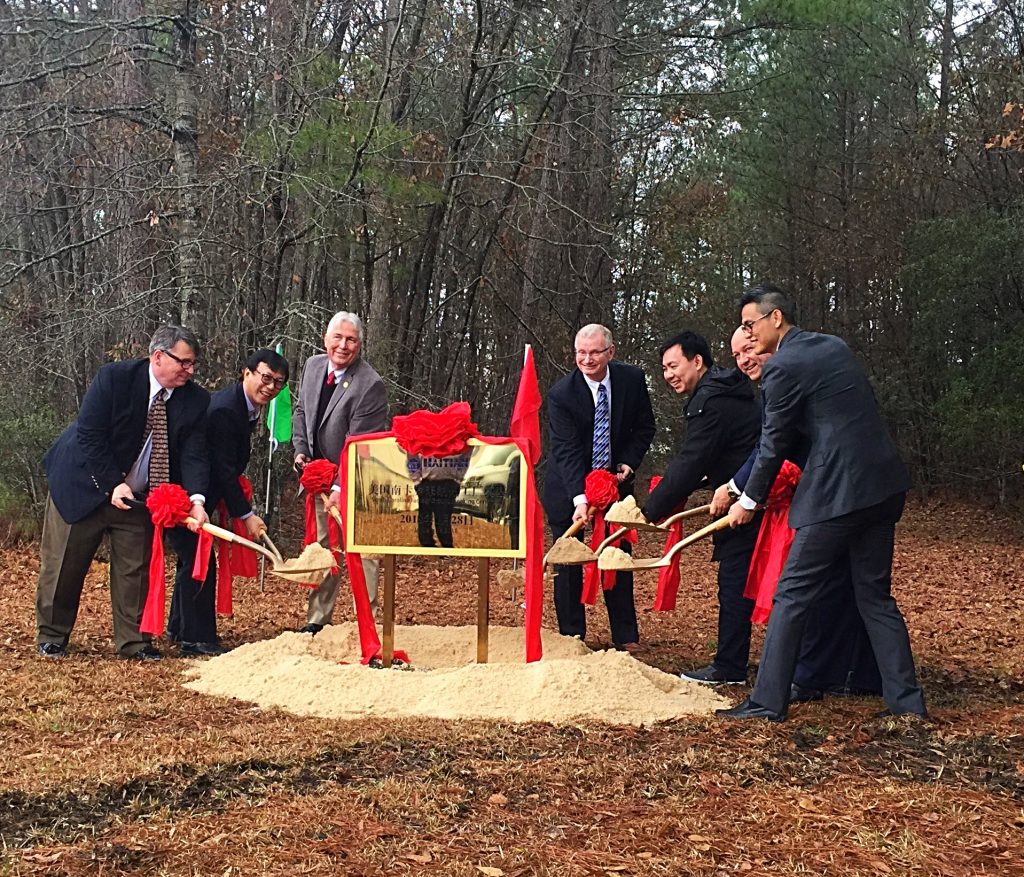 The facility, which is expected to be completed in 2019, will house additional sales, applications, service and training functions as well as new capacity and capabilities for the assembly, testing and customer demonstrations of large tonnage injection molding machines and work cells, the company said.

Additionally, the facility will provide more space for stock machines to support Haitian product lines and customers in the United States and Canada.

“We have been really growing steadily with Haitian since we started partnering, which initiated in 2006,” Mike Ortolano, co-owner of Absolute Haitian, said in a booth interview. “We’ve gotten up to a critical mass where we feel like our ability to stock machines, to do more configuration than we do now, to be able to run off larger machines than we’re capable of doing in our existing facilities is really the driver there.”

Ortolano said the expansion is a “natural evolution” for the company and is partially driven by larger machines for markets such as automotive and appliances.

“The mid- to large-size machine business is probably more driving it than any particular market segment,” he added.

Growing automotive and manufacturing sectors in the southeast region of the U.S. as well as access to Charleston’s deep-water port were big factors for location selection, the company said.

“If you look at the distribution of large machines in the U.S., there actually is kind of a corridor that runs from the southeast up through the Michigan area,” Ortolano explained, calling the facility’s location in South Carolina the “sweet spot.”

The facility is expected to be operational in 2019, Frohring added.

“The selection of the Charleston area was driven by many factors,” Absolute Haitian co-owner Nate Smith said. “These included expansion of the automotive and manufacturing sectors in the southeast region and access to Charleston’s deepwater port. Although other states in the region were considered, the State of South Carolina and the regional economic development groups made the selection an easy one.”

The South Carolina expansion comes quickly on the heels of a major infrastructure project at Absolute Haitian’s Worcester headquarters facility that is now completed. Haitian International recently completed expansions in Mexico with a grand opening of a technical support centre in Tijuana. Additional service centres in Mexico are in the planning stages.

← Summerville, Berkeley County, and State Leaders cut the ribbon on the Nexton Interchange Parkway Ahead of Time and Under Budget
SAIC Celebrates Expansion in Hanahan with Groundbreaking Ceremony →