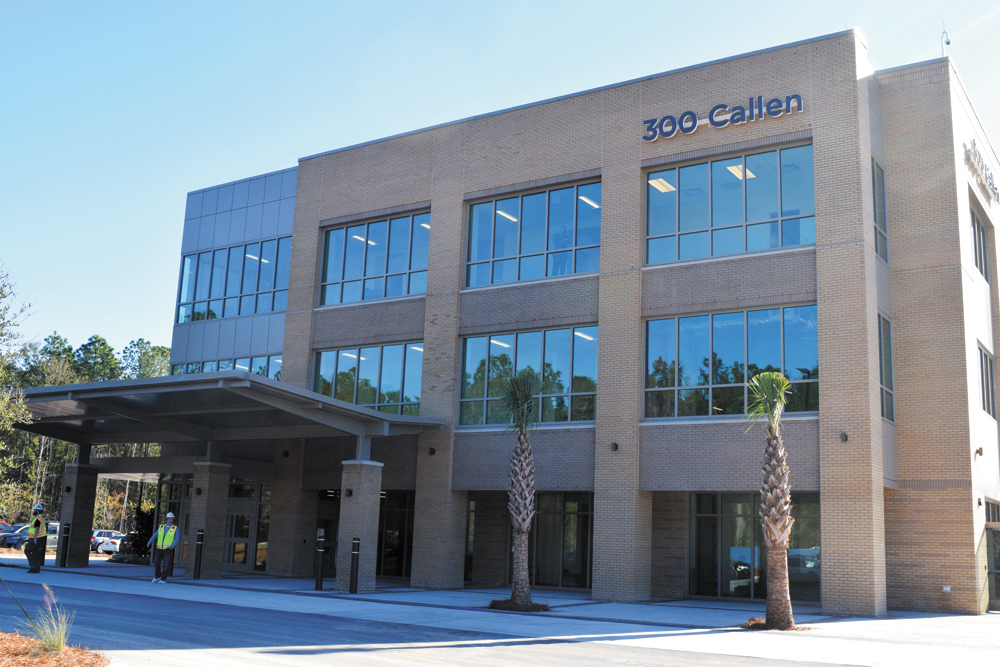 “Our strategy in developing our health care system revolves around serving residents closest to where they live and work,” President and CEO Lorraine Lutton said in a news release.

“With this new medical office building, we’re making it easier for families in Berkeley and Dorchester counties to access the quality and affordable health care that is the backbone of our brand.”

Construction was ongoing during the open house to finish upfitting part of the third floor for OB-GYN practices. (Photo/Patrick Hoff)

The new Berkeley Hospital medical office building, slated to open Dec. 10, will include the offices of a variety of specialists, including general surgeons, breast surgeons, orthopedic surgeons and OB-GYNs. Other services will include urology, dermatology, digestive disease treatment, cardiology, hematology and oncology.“I’m 5 miles away from here, so I know for the past 22 years, anytime we needed something, we have to get in the car, go, and drive 10, 15 miles to get to a facility,” said Jennifer Crawford, chief nursing officer for Roper St. Francis Berkeley Hospital. “And so for me, this is us being able to offer quality care to like family, friends, neighbors.”

Doctors will rotate into the medical office building based on patient need. Elisa Cooper, director of property management for Roper St. Francis, said 12 doctors will work out of the building initially, but at least 100 doctors could eventually be rotating in and out of the practices housed there.

The first floor of the building can house classrooms, as well as radiation and oncology departments. The second and third floors are occupied by examination rooms and offices for doctors and hospital administrators.

“The cost of clinical space is really high, and it doesn’t make a lot of sense to put your administration within the clinical environment of a hospital,” Cooper said. “They can go over there, but they don’t need to be housed over there.” 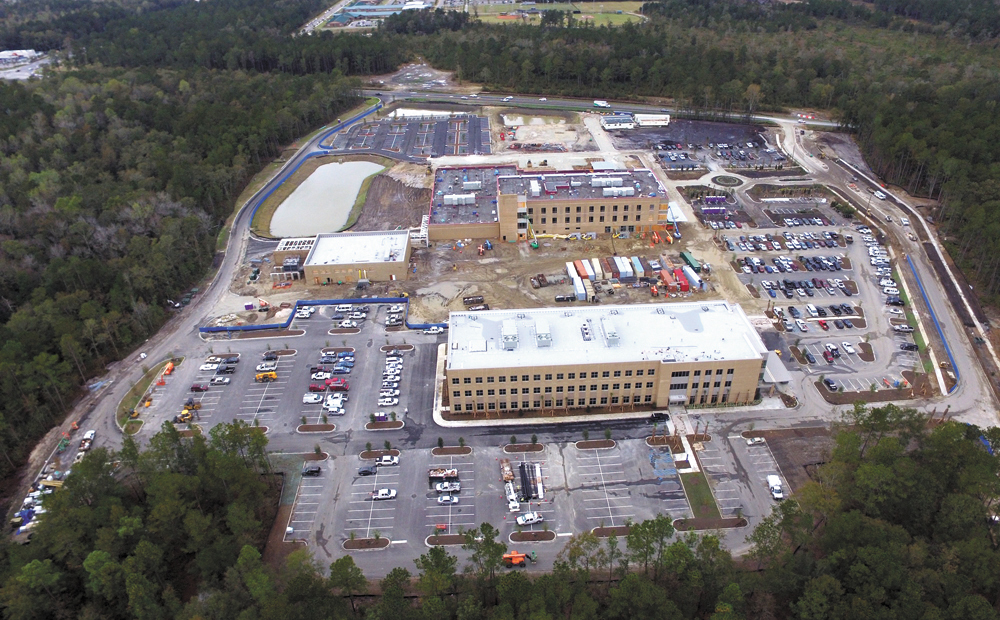 The office building will be connected by a covered walkway to the new, 140,000-square-foot, 50-bed Roper St. Francis Berkeley Hospital, scheduled to open in October. This will be Berkeley County’s first new hospital in more than 40 years.Dr. Kenosha Gleaton, whose practice is based in West Ashley, said she decided to work out of the hospital’s office building one to two days per week.

“Health care access is paramount in our Charleston community,” she said. “We have a lot of patients who drive, for us in our West Ashley office, over an hour to get there.”

She said moving her Moncks Corner office to the new office building is a “win-win situation.”

“It allows our Moncks Corner patients to have less of a drive than our West Ashley office, but it also allows us to be able to serve the Summerville patient population and to make sure that we’re here to support the hospital,” Gleaton said.

Cooper said the Berkeley Hospital campus also has the capacity for another medical office building as the community continues to grow.