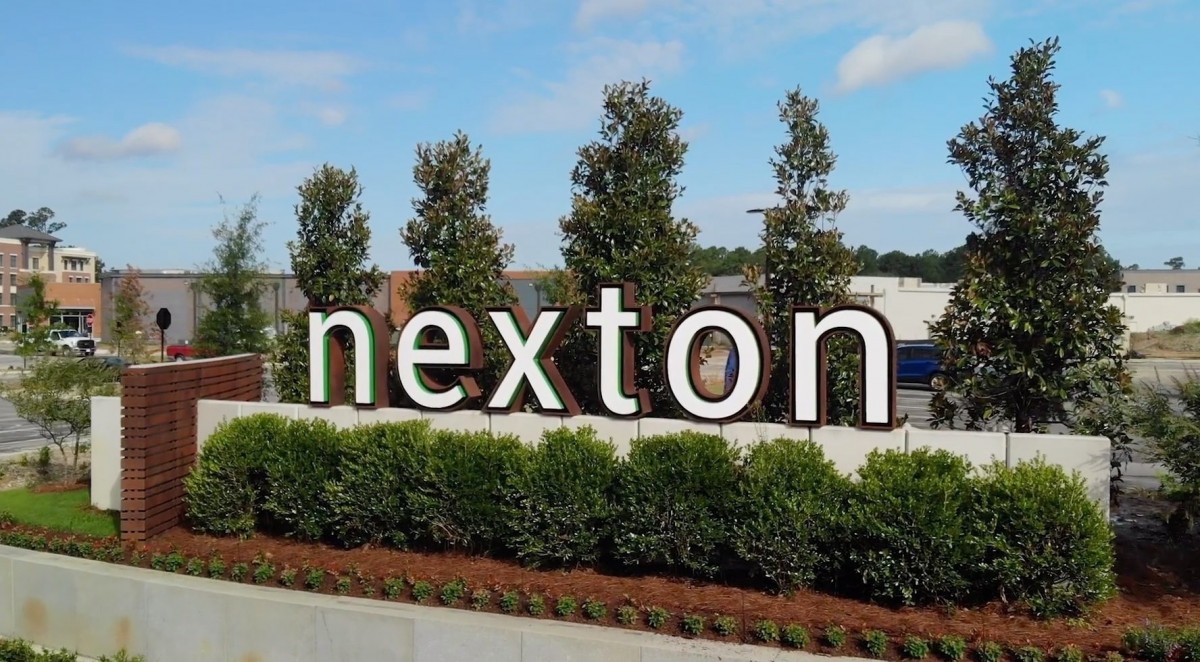 June 3, 2021 – Berkeley County joined local leaders to break ground on the new Downtown Nexton. The multi-million dollar project is expected to take five to seven years to complete and will cover just under 100 acres. The area, which is currently timberland, will soon have 1,200 multi-family residential units, retail, entertainment, hospitality buildings, restaurants, office space and more.

A new $300 million-plus, mixed-use development of retail, restaurants, offices, hotels and apartments is now underway in the suburban Charleston area.

The company bought the parcel in 2019 for $18.5 million, according to Berkeley County land records. It’s west of the retail and restaurant center called Nexton Square.

With construction expected in phases over the next four or five years, the first project will include multifamily units, a mixed-use building with loft apartments over ground-level retail spaces and several outparcel buildings.

Altogether, three apartment parcels will offer a variety of tenant offerings, including a 55-plus, upscale rental community. Some of the mixed-used buildings will include upper-floor lofts with a rooftop lounge and several common-use rooms. Units will range from studio to three bedrooms.

The new construction will offer 110,000 square feet of office space for sale or lease, starting at 9,000 square feet in flexible, two-story buildings on Brighton Park Boulevard. CBRE of Charleston is handling sales and leasing.

Additionally, Downtown Nexton  will include more than 200,000 square feet of retail and restaurant space interspersed throughout the project and along Sigma Drive.

Outdoor amenities will include walking trails, pocket parks and two manicured ponds on the north and south sides of the project.