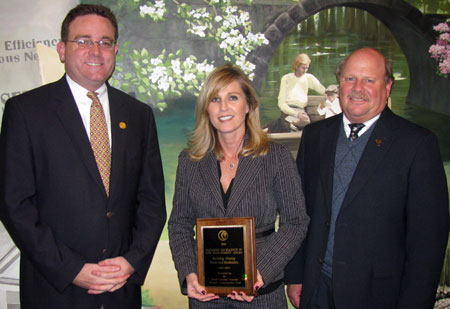 That’s what Governor Henry McMaster said at the Salute to Manufacturing Awards Luncheon today to honor industries around South Carolina.

JW Aluminum is located in Goose Creek and manufactures flat-rolled aluminum. They announced a $255 million expansion investment in 2018. This landed them in the state’s top economic investment announcements for the year.

W International moved into its new facility in Bushy Park earlier this year. The industry is a full-service manufacturer of metal fabrications for the aerospace, specialty commercial, defense sector, energy, and marine industries. They announced 600 new jobs and a $32.5 million investment in the County.

Berkeley County leadership was thrilled to honor and recognize these remarkable industries.