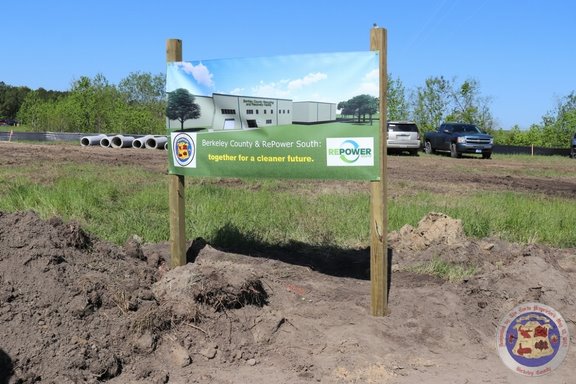 On Tuesday, April 17, Berkeley County broke ground at a new County recycling facility. The new facility will be located at 646 Oakley Road in Moncks Corner, SC. The South Carolina-based company, RePower South (RPS), has begun construction of the Berkeley County Recycling and Recovery Facility. When production begins in early 2019, the Moncks Corner plant will process 50 tons-per-hour of mixed waste sourced from Berkeley County to recover recycled goods and a fuel feedstock. Additionally, this facility will create 60 new jobs in Berkeley County.

RPS President Robert Shepard says that the system will both increase Berkeley County’s recycling as well as produce a low carbon, clean fuel from waste below the cost of traditional recycling programs and landfilling. “Our platform enables greater recycling recovery and does so across the entire Berkeley County waste stream.  We also create a low-carbon, clean fuel to help reduce the consumption of coal,” says Shepard. “Greater recycling, less landfilling, and cleaner air at lower cost is a true win-win for Berkeley County.”

“We are grateful and humbled by the courage, leadership, and support of Berkeley County Supervisor William Peagler, the members Berkeley County Council, and Berkeley County Water and Sanitation for selecting RePower to deliver this cost-effective solution to their citizens.  We know there’s a better way for our nation to manage garbage, and we are excited that Berkeley County agrees,” Shepard adds. “We look forward to this facility serving as a model for the world to move towards a more sustainable waste and energy future.”

Officials will break ground Tuesday on the $42 million Berkeley County Recycling and Recovery Facility which will take up to 65 percent of trash out of the county’s waste stream and provide fuel for local cement plants.

Residents will not see any changes under the new program, which is expected to start in about a year. They will still put their trash and recyclables into the same bin, as many do now without a recycling program.

“This innovative approach to recycling is bringing Berkeley County, and South Carolina, into the 21st century,” said County Supervisor Bill Peagler. “This method encourages citizens to do what is environmentally friendly, without the hassle of sorting, proving it is possible to increase recycling efforts in communities.”

Owned by RePower South, the mixed-waste processing facility plant will be built on a 16-acre site at the county landfill on Oakley Road near Moncks Corner. It will be the first facility nationwide to combine mixed waste recycling and fuel manufacturing.

“We think that there is a better way to manage waste than just landfilling,” said RePower Chief Operating Officer Brian Gilhuly. “That’s always been our fundamental premise, to expand recycling reach and landfill diversion at a cost-effective solution.”

Once at the facility, RePower will pull out recyclables to sell and use some of the remaining bits of paper and plastic to make pellets to be sold as fuel, likely to cement plants around Holly Hill, Gilhuly said. The rest will go in the landfill.

The fuel pellets are physically and chemically designed to mimic the properties of coal, according to the company. The facility, which will employ 60 people, will handle 50 tons of mixed waste per hour using optical sorters. At present, metal brought to the county’s convenience center goes to Charleston Steel and Metal while paper products are hauled by Sonoco to a processing facility, officials said. Private curbside recycling is also available.

Although some doubt the effectiveness of mixed-waste recycling, saying commingled trash produces contaminated recyclables, Gilhuly says it is gaining popularity. When recycling started, many homeowners had up to five bins to divide their recyclables according to type. Then came dual-stream recycling, which separated paper and cardboard from glass, plastic and metal, and, most recently, single-stream, or all recyclables in one bin. Charleston County and Summerville have single-stream. 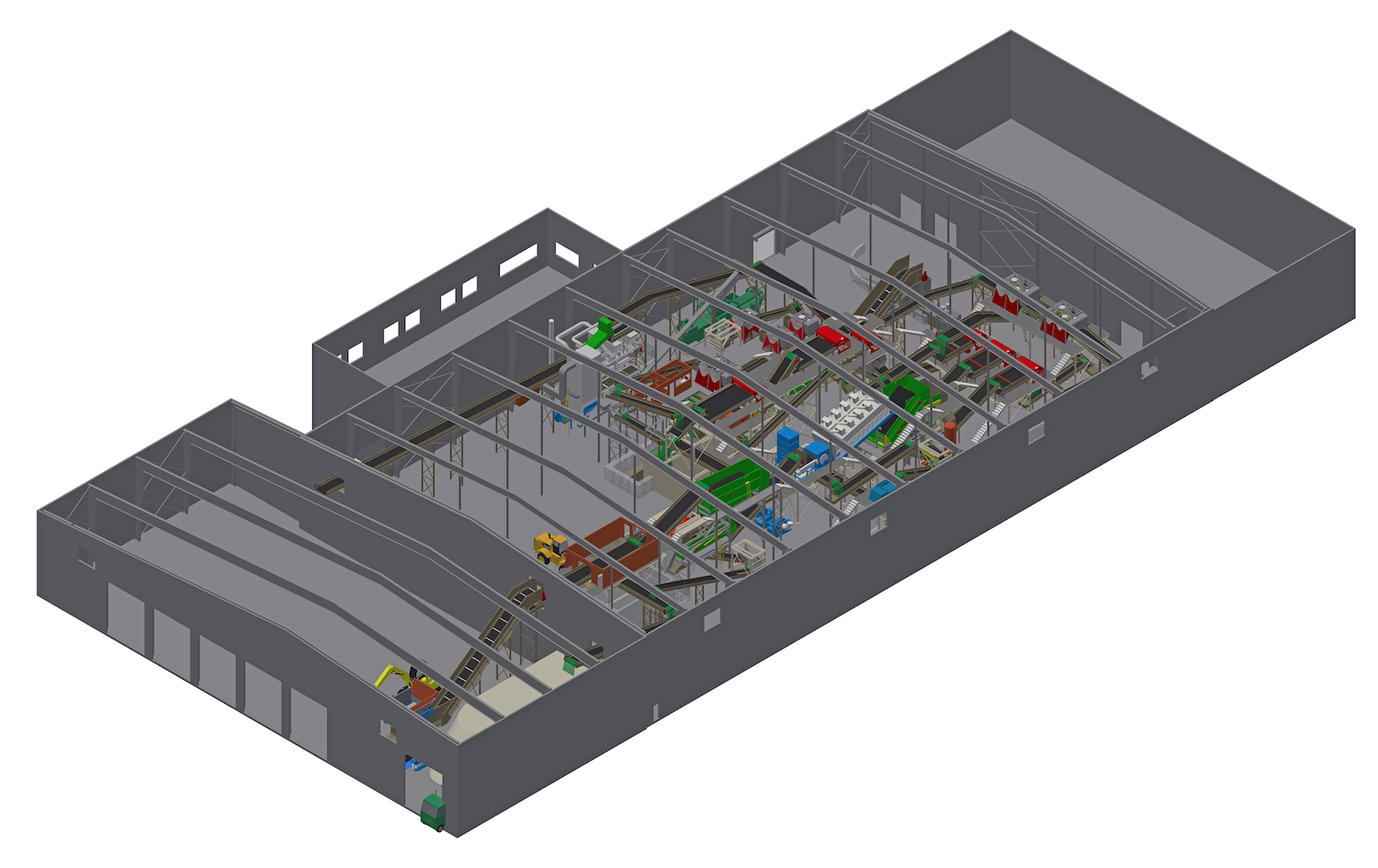 RePower started talking to Berkeley in late 2014, shortly after Charleston County rejected the company’s pitch, calling the technology unproven. Berkeley and RePower entered a public-private partnership agreement in July 2015 that calls for the county to pay RePower to process the waste, and Repower to pay the county to landfill the residual, according to their agreement. RePower also has a lease to operate at the landfill, and will pay the county part of the recyclable and fuel sales.

The facility is being funded by $40 million in bonds and about $350,000 from a grant from the S.C. Department of Commerce Economic Development Set-aside Fund.